I can’t sweep the floor until I clean the top of the counter.

I can’t clean the top of the counter until I wipe down the stove.

I can’t wipe down the stove until I load the dishwasher.

I can’t load the dishwasher until I scrub out the bottom of the fridge.

It goes in an order. An order in which I must go through or it isn’t done correctly. However, going in an order means sometimes the thing that needs the most attention isn’t getting done at all.

Illustration: I had a mess in my garage for 2 weeks because of a blender that once I plugged it in I found out it didn’t work! The blender was sitting on the floor closest to the door. One must start the mess closest to the door and work toward the Freezer. This is obvious to anyone who would have looked in my garage. So my brain tells me. I couldn’t tell you if I am a master procrastinator, I have OCD (obsessive compulsive disorder) or I am a perfectionist who must have things done a certain way. Ultimately, I am going to revert back to my own diagnosis of I am mentally merged with the Mad Hatter.

There are definitely times I can recognize my behavior is simply avoiding doing something I don’t like to do. If I put it in my head that I am going to clean off my desk and file paperwork, I will miraculously have time and energy to rearrange the living room, clean the kitchen and mow the yard. Since this is a chore I despise, I take it in small doses. I do all my blogging and computer work in the morning. I have a hotspot for internet which means if it is overcast or satellites are in odd positions I have to wait a while for things to load. While waiting I will organize the desk around me. Ope, page loaded, Yay I can stop paperwork. Sounds anti-productive but it works!

I’ll get there, it just takes me a little longer than the rest.

If you get around to seeing the dolls I make on my website, know that they almost never happened. When I first learned what Reborning dolls was I fell in love! I immediately ordered kits, paints, fabric, and tools. I took everything out of the boxes but was stopped in my tracks. I had spend $300 of which I couldn’t rightly afford on dolls I wasn’t sure I could make. I wanted my first doll to look as good as the artist who were established in their craft. I would look at my supplies and think, “Do it! Just start! Life will not end if you mess up!”  Of course, I did eventually jump in. I remember the day very well and the best part of the day was how good it felt to finally begin. My first doll did not turn out like the pros, nor my second, or third. However, my dolls are my creation, not theirs. My dolls hold a beauty and creativity that comes from ME. I always get compliments on my creations, even if it is just my Mom.

So where does this brain block come from? I have a sister who is eight years older than me so she helped influence who I became. Her house was always spotless. She always had things on her to-do list accomplished before bed. If she lent someone a CD, they got their name written in the big book of belongings. In school she had to have designer jeans, which back in the day were Jordache. Everything was just so, all the time! This was her personality. My personality was more laid back. I could’ve cared less about where my jeans came from. My house has been a mess since my second child was born, he is 16.

My sister got it honest though. She got it from our Momma! Mom and Sister have always ran households where everything has a place and there is a place for everything. They seem to be able to move into a new house and within a week have it clean and organized. I’ve had some moves where when I went to move out two years later there was still a pile of unpacked items in the corner. It wasn’t that I didn’t want to, it was that my brain needed to do it in an order. I needed to hang a shelf before I could unpack the one on top. I needed to buy shelf anchors before I could hang the shelf. This was the order I needed to do instead of just putting the items somewhere else.

Obsessive-compulsive disorder (OCD) is characterized by unreasonable thoughts and fears (obsessions) that lead you to do repetitive behaviors (compulsions). It’s also possible to have only obsessions or only compulsions and still have OCD.

With OCD, you may or may not realize that your obsessions aren’t reasonable, and you may try to ignore them or stop them. But that only increases your distress and anxiety. Ultimately, you feel driven to perform compulsive acts in an effort to ease your stressful feelings.

As defined by the Mayo Clinic

My initial example of doing things in an order I don’t really feel fits in the category of OCD as defined above. As an example, here is a picture:

They couldn’t have rotated that circle just a click?

For me this is annoying. It causes a tickle just under my breast bone and my hands feel twitchy, like I need to fix that circle. However, if I walked by this on the sidewalk, yes it would annoy me but once I walked past it I wouldn’t think about it again. Someone with true OCD may think about it several times or even have the need to fix it before continuing on.

I think for me putting things off is first I want it done just right. Thanks Mom. Secondly, I avoid chores I don’t like until they overwhelm me, as if raising six kids isn’t enough! So if you’ve been reading along thinking OMG! That is so me! or Wow! They let this lady have a driver’s license?! I hope you enjoyed our time together. Now, I’m going to make cookies since I don’t want to mop the floor. Until next time! 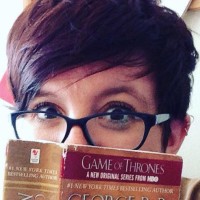 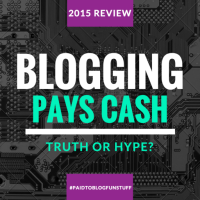 The Art and Craft of Blogging